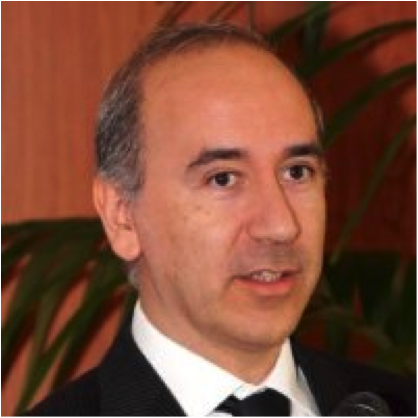 With 25 years of experience in Hospitality, Tourism and Technology Henrique Veiga had the opportunity to lead different teams who created value in more than 190 projects, handling investments over their complete lifecycle: developing concepts, products and services. Overall, defining the right business models to support their success. The markets: Europe, Brazil, Caribbean and Africa. These investments involved about U.S. $ 4,900m of which can be highlighted 122 urban hotels, 31 resorts, 5 casinos, 11 residential communities and 16 golf courses.

Henrique Veiga holds a degree in Economics from Oporto, an MBA in International Trade from IEP / ESADE Barcelona and a Post-Graduate Diploma in Real Estate, Development and Hotel Investment from Cornell University, USA.

Partnership between the AMORIM Group and ACCOR. This established an operation in which each Group held 50% of assets and operations, thus materialising the largest hotel investment ever recorded in Portugal.
he world’s leading hotel operator and market leader in Europe, has operations in 90 countries with more than 4,400 hotels and 530,000 rooms. With 145,000 employees worldwide, the Group offers its clients and partners nearly 45 years of know-how and expertise.

As CEO since 1997 responsible for hotel investment and operations of the joint venture established between AMORIM Group and ACCOR. This position lasted until 2007 with the end of the partnership.
The two main responsibilities in this period were to dynamically increase the domestic development and internationalize the operations, the first step being to develop activities in Cuba and Mozambique.

AMORIM TURISMO is the Real Estate, Hospitality & Tourism sub-holding of the AMORIM Group.
AMORIM Group is a leading multisectoral conglomerate based in Portugal. Its business activities include real estate, infrastructure, financial services, hospitality & tourism, telecommunications, agriculture, development, energy and many areas of industry.

Key contributor to the following achievements:

AMORIM GROUP is one of the leading multisectoral conglomerates based in Portugal. Its business activities include real estate, finance, hospitality & tourism, development, energy and many areas of industry.

One of the top Portuguese exporters in the footwear industry.
Embarked on professional career in industry and trade in 1988 as Product Manager.
Involved in re-engineering of nationally based productive processes for an international platform, operating in northern Europe (Sweden, Norway, Finland, Denmark, UK, Germany and France) as export markets and South America and the Far East (Brazil, Argentina, Uruguay, Paraguay, Japan, India, Sri Lanka and China) as import sources.
The successful implementation was recognized by steady advancement in the same organisation for the next seven years, holding the positions of Product Manager, Vice President Sales & Marketing and Vice President Operations (post held until 1995).